Check out that episode https://youtu.be/aTVUtyrVZG4

Streamyard is the only platform used by Undercover Capes Podcast Network and Comic Crusaders, and they’re premium plans are amazing and versatile: https://bit.ly/ComicCrusadersStreamyard

Make sure to pick up your official UCPN merchandise exclusively on RedBubble.com – bit.ly/UCPNMerch 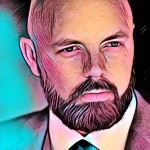 Growing up, I’m a stereotypical nerd. I love comics, superheroes, video games, you name it I love it. Except tofu, that stuff is just different. Fast forward a few years, Now I’m living my dream where being a “nerd” is cool, and I have the wonderful opportunity to do exactly what I want to do; Read comics, play video games, and show off my passion for geek culture for the world to see and not care what critics may think. Aside from reviewing games, comics, being a member of the Undercover Capes Podcast Network and Geekery Magazine, I love sports of all kinds, and especially following all of my teams from the great state of Colorado. Being random is what I love doing because it why not be random, it makes life interesting. Make sure to also follow me on Twitter for updates on live gaming streams on other shenanigans at @TheRandomeDud3.