New series are powered by up to the latest NVIDIA® GeForce RTX™ 3080 graphics and ancient power of Tiamat, the mother of all gods.

From the cradle of the mysterious Babylonian mythology, Tiamat, the dragon mother of all gods, grandly unveils at MSIology virtual event! Coming upon the 35th anniversary of MSI, the company boasts the epitome of a powerful gaming laptop, the exclusive GE76 Raider Dragon Edition Tiamat, and various brand new laptops. Furthermore, MSI has been, once again, an avant-garde to equip cutting-edge hardware, with laptops up to NVIDIA® GeForce RTX™ 3080 graphics, providing average 30% performance enhancement. The success of the event and the captivating epic scene have caught the eyes of the world and extended The Ultimate Shockwave by the influence of the gaming giant.

As a front-runner, MSI configured the fastest graphics for laptops of early 2021 in its GE, GS, GP, and GF series. Complemented with MSI laptop, the GPU performance can have its full gameplay for a cinematic gaming experience! The GeForce RTX™ 3080 graphics deliver the ultra-performance that enthusiast gamers craves, powered by Ampere—NVIDIA’s 2nd gen RTX architecture. It’s built with groundbreaking enhanced RT Core, new streaming multiprocessors, for the most realistic ray-traced graphics, and the Tensor Cores for cutting-edge AI rendering technology.

Moreover, MSI collaborates with Intel and NVIDIA, adapting the “Resizable Bar technology”, the technique which enables CPU to have full access to GPU memory and boost the frame-per-second (FPS) by 5%-10% to advance gaming to the next level.

Aware of the importance of internet connectivity, MSI has a head start on communication! The new line-up pioneers in the market to support Wi-Fi 6E, capable of operating in the 6 GHz band. This offers faster data output for video streaming, virtual reality, and many other wireless experiences. During the event, MSI also unveiled the latest function of its MSI Creator Center, collaborating with Microsoft Azure Cloud to calculate user scenarios and optimize the system using AI for handling complex engineer tasks. 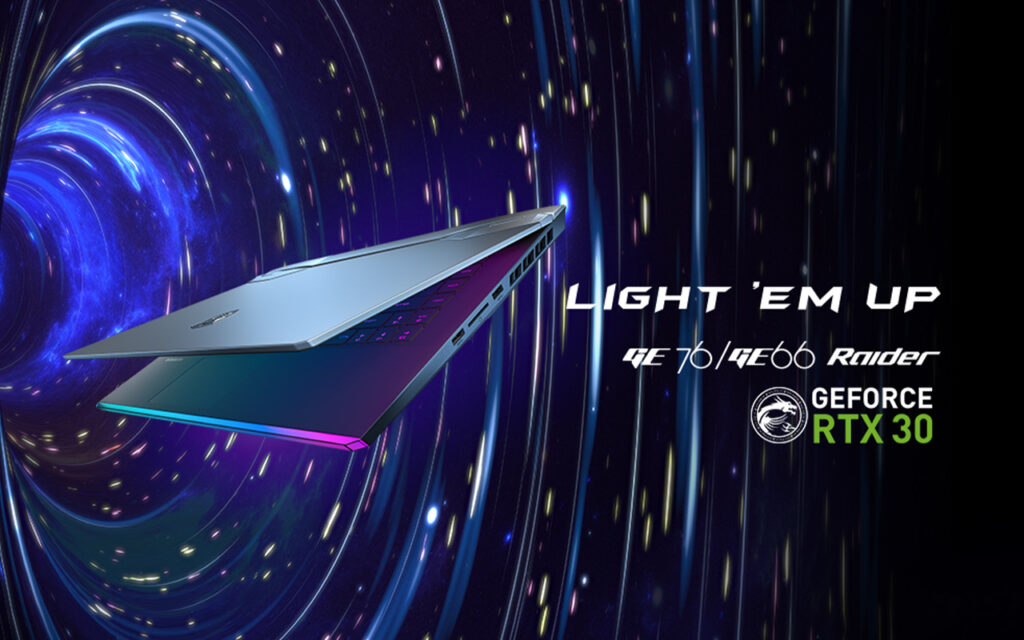 The untold story and divine beasts are now engraved on the chassis of the GE76 Raider Dragon Edition Tiamat, which symbolizes the infinite power! Likewise the legendary series of the GE76 and GE66 Raider, the GE series not only has a flashy design with Mystic Light, it also has the best performance you can obtain from a gaming laptop. It is equipped with up to the latest NVIDIA® GeForce RTX™ 3080 graphics, Intel® Core™ i9 Processors and introduces the latest Wi-Fi 6E, which is the first in the industry, to help laptops take advantage of the additional connectivity. To assure the gaming passion won’t overheat, the GE series are also outfitted with MSI Cooler Boost 5, consisting of 6 heat pipes with 2 fans, driving more airflow to quickly cool the laptop down. 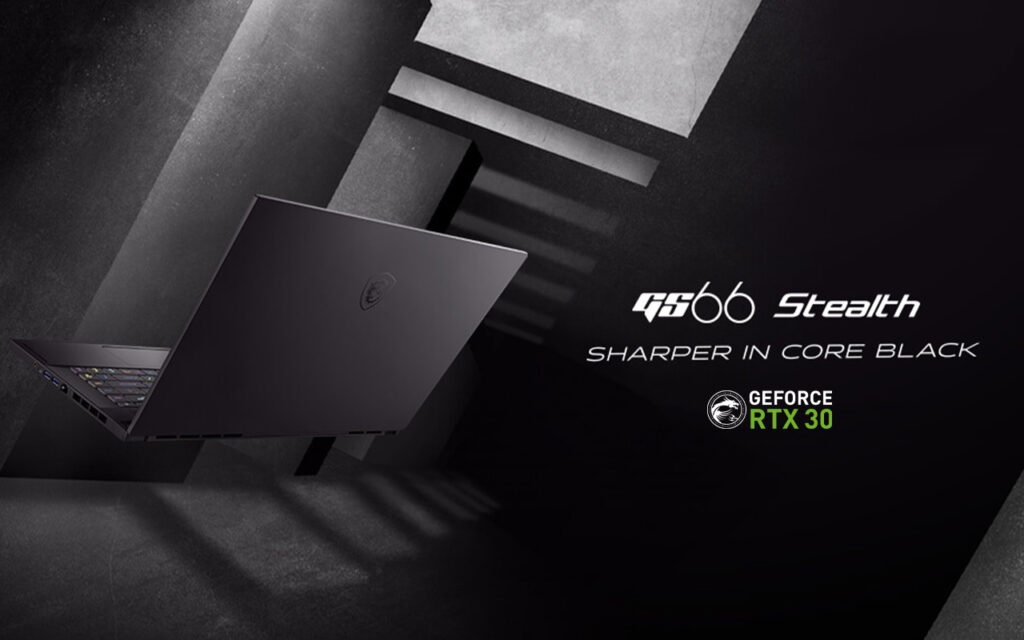 With its unique low profile design, the GS66 Stealth is the perfect camouflage for business professionals who want to conceal their inner gamer. Its “Sharper in Core black” premium design has won awards, such as the IF Design Award and Red dot winner of 2020. Outfitted with the latest GeForce RTX™ 30 series, the graphic’s DLSS AI rendering technology enables gamers to play at a stunning 4K, ray tracing and a boost over 60 FPS for the most realistic gaming vibes. GS66 also reveals the true computing powered by Intel’s latest processor up to 8 cores for better performance. 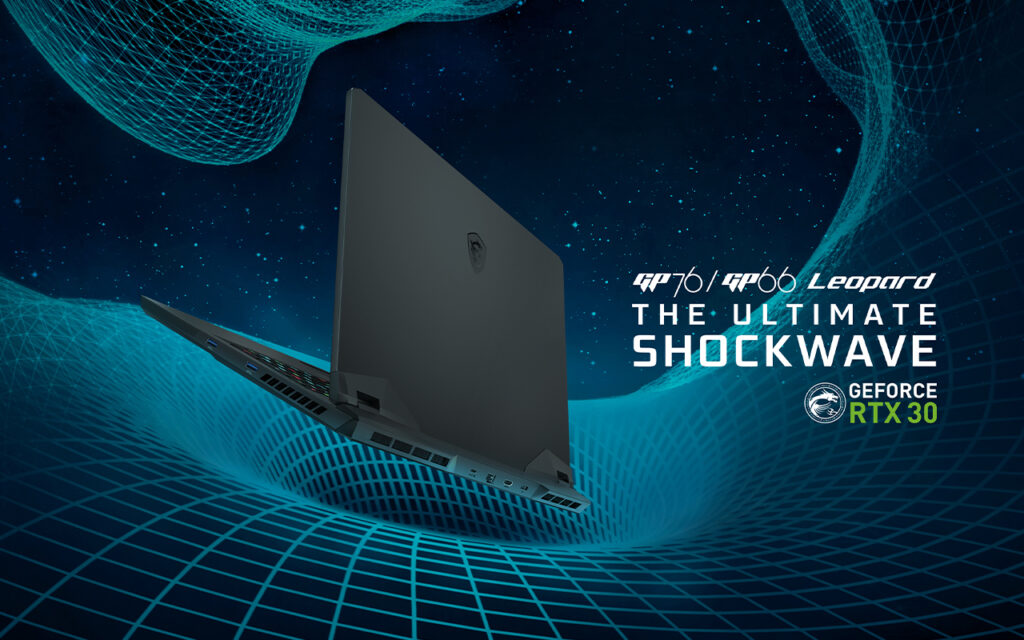 MSI presents the all-new GP66 & GP76 Leopard. It’s built for everyday work and heavy demanding jobs of engineers. The new chassis showcases the finesse and understatement; however, the GP Leopard series is even stronger than ever. The GP66 & GP76 Leopard is equipped with up to GeForce RTX 3080 graphics, and the latest Intel® Core™ i7 Processors to reveal the true computing and rendering power. Furthermore, the new-arranged comprehensive I/O ports to support all given data transmission or display output. It also supports up to 8k display output for the finest visual details, making it more than capable of complex engineering and design projects. 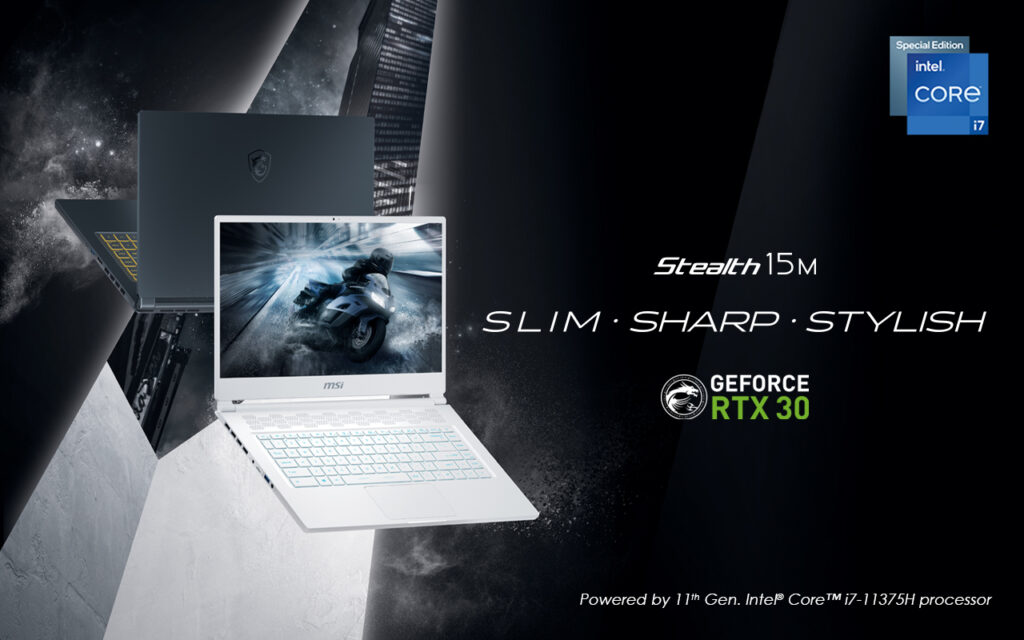 Another highlight among the new laptops, MSI launches the thinnest 15-inch gaming laptop in the world: Stealth 15M—an ultraportable laptop that is stealthy and inspired by the urban style. Weighing only 1.7kg, and with a thickness of 16.15mm, yet the sleek machine manages to show off powerful hardware. It’s the world’s first gaming laptop powered by 11th Gen Intel H series processors up to 5 GHz, together with GeForce RTX™ 30 series graphics. Stealth 15 allows gamers and young professionals to easily speed through games and daily tasks. 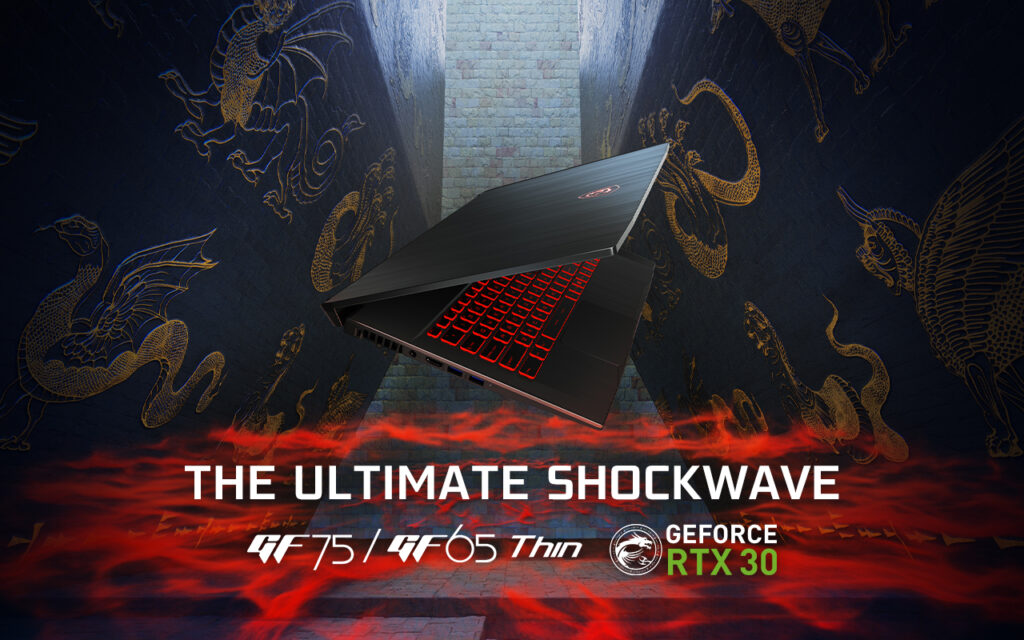 For gamers and those looking for mainstream options, the thin and light GF75 & 65 Thin series is their best companion, which is the exemplar of what an accessible sleek gaming laptop can provide. The GF Thin series offers powerful hardware up to Intel Core i7 Processors and GeForce RTX™ 30 Series graphics, while the 144Hz IPS-level and thin-bezel display provide unprecedented speed and visual clarity. 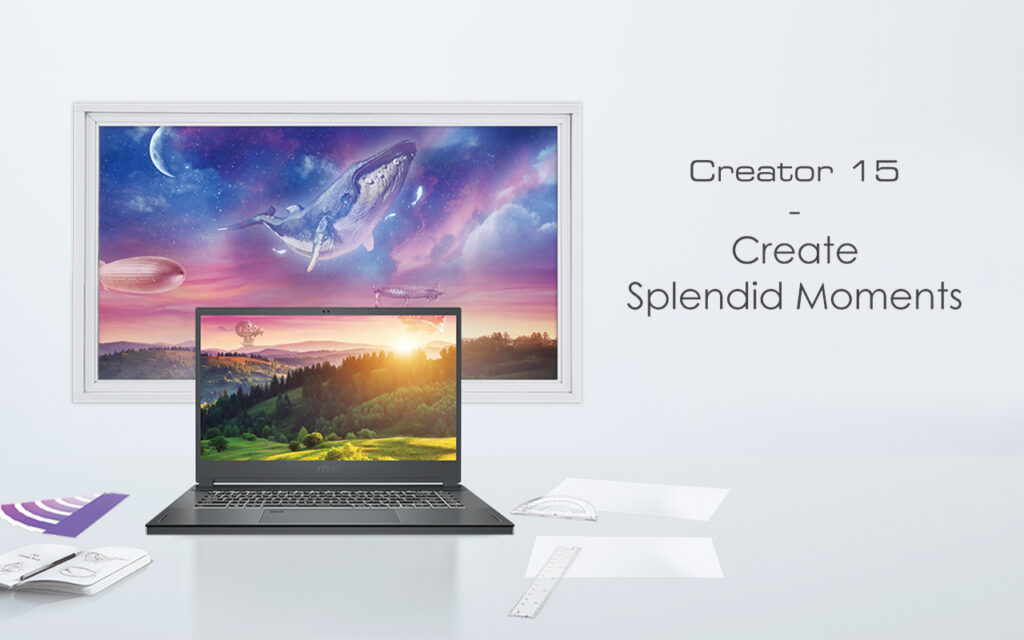 Last but not least, don’t forget, MSI is also made for creators. MSI Creator 15 is an excellent all-around laptop, purposely built for the most demanding creations. The Creator 15 is guaranteed to provide the most true-to-life visual experience. It features an individually calibrated 4K True Pixel panel verified by Calman and a 100% AdobeRGB color gamut. Accelerated by RTX 30 graphics, the Creator 15 can considerably speed up the video and 3D animation rendering times. In addition, the new touchscreen display makes navigation easier and increases your productivity, whereas the largest 99.9Whr battery capacity and lightweight design, which can realize the true mobility for remote studios.

The Ultimate Shockwave of MSI laptops

2020 has changed the way people live and work, but that didn’t stop MSI from innovating the best and the most advanced products for the community. MSI, as powerful as Tiamat, with the true gaming DNA in vein, raises shockwaves when launching new products. Wave after wave, MSI propels the gaming experience to an extreme level, spurring the industry to boom!