DC has announced a new maxi-series that features Batman teaming up with Scooby-Doo. Batman & Scooby-Doo Mysteries will release in chapters as digital firsts with the chapters being collected in print copies. The announcement states that there is only an intended twelve print issues for the series with twenty-four digital chapters. Leading the creative team is long-time all-ages writer Sholly Fisch, joined by Ivan Cohen. Art duties will be managed by Dario Brizuela and Randy Elliott.

This isn’t the first time Batman has teamed with Scooby. There have been many times that characters have met each other including two appearances on the animated series The New Scooby-Doo Movies, which was collected in a standalone release entitled Scooby-Doo Meets Batman, multiple appearances in Scooby-Doo! Team-Up, a crossover animated film featuring Batman from Batman: The Brave and the Bold, and most recently in an episode of the animated series Scooby-Doo and Guess Who? 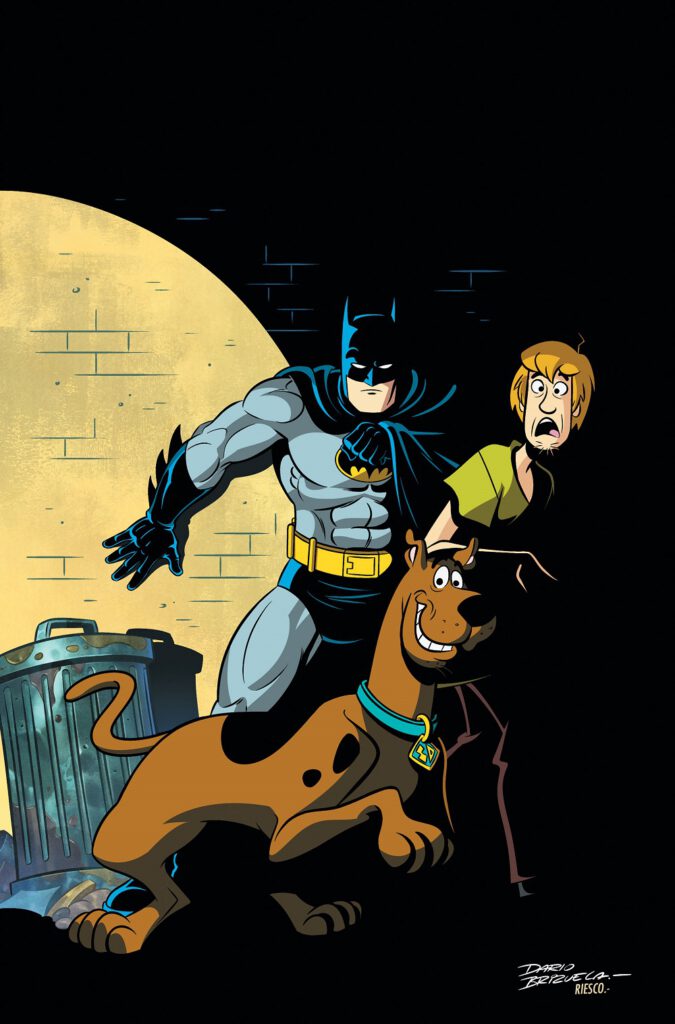 The first print issue will include a story by Cohen and Brizuela. The issue synopsis states: “an adventure when Batman discovers his original purple gloves have gone missing—Velma, Shaggy, and Scooby-Doo travel back in time to Batman’s Year One era to solve the case! Will this time-traveling heist have a happy ending?”

The second issue will have Fisch teaming up with Elliott which is described as: “Scooby-Doo and Batman team up to solve the mystery of a ghost…who’s haunting the Batcave! Even if the ghost turns out to be a fake, that still doesn’t solve the real mystery: How did someone get into the Batcave to stage the phony phantom—and does that mean Batman’s enemies have cracked the secret of his true identity?!”

The first digital chapters release on March 27 with the first print issue hitting stores on April 13.