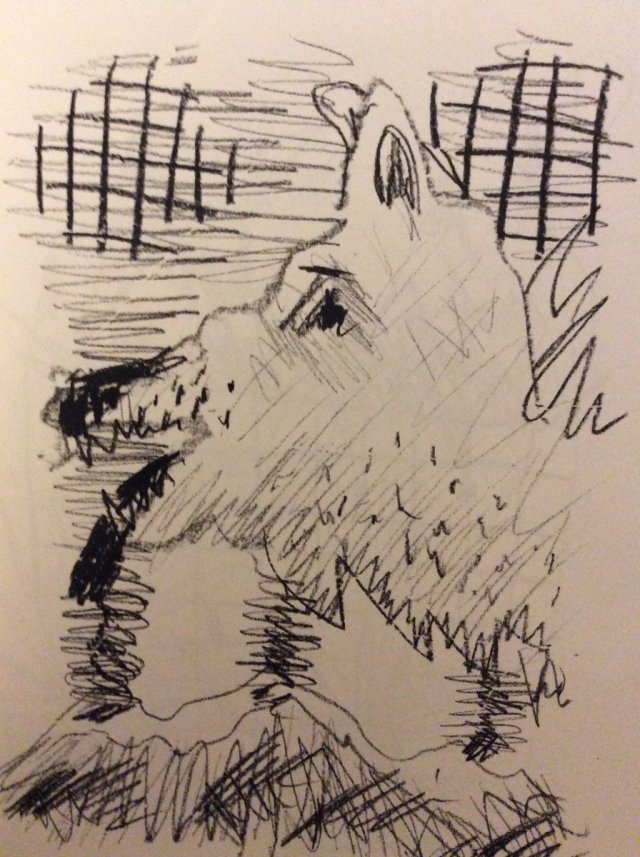 I’ve reviewed a number of cat-centric comics on this site, so it’s time to even the score a bit — and there’s no more intriguing and unexpected a person to bring our canine friends to the table (errrmm, maybe that came out wrong) than Christopher Adams, whose Tack Piano Heaven manages to thematically encompass just about everything under the sun without confining itself to “be” any one thing in particular. Adams’ work is a constantly-shifting series of surprises, the very definition of “no solid ground,” so seeing him narrow his focus onto a singular subject is sure to yield interesting results — which brings us to his latest self-published ‘zine, Dog Book.

Strictly speaking, this is a 20-page “suite” of illustrations featuring, you guessed it, dogs, but it doesn’t take long to figure out there’s a lot more going on here than that. Utilizing any number of tools, including (if my eyes don’t deceive me) grease pencils, at first glance these are admirably loose and even sloppy renderings, but it’s equally true that each of them is quite deliberate in both theme and execution, with their immediacy in no way being compromised by their conceptual tightness. Polarities abound, then, and the result is a series of drawings that each harbor a kind of palpable internal tension. 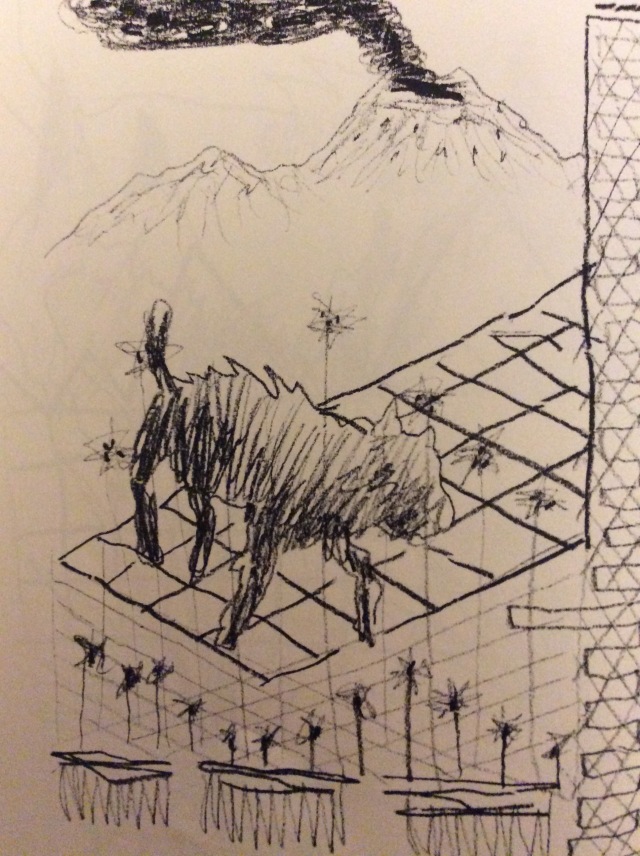 Certain surrounding environments and foreground elements are fairly readily-discernible, while others require closer examination, even individual interpretation, so be prepared to do some of your own work with this one, but that’s part of what makes for almost any good art ‘zine in my book — the intentions of a creator are almost always more satisfying to arrive at when it’s under one’s own steam, rather than as the result of some hand-held guided tour. And I don’t think you’d want to hold your hand out with this one anyway, because some of these doggies certainly look like they bite.

And yet, it would be a mistake to say this work is imbued with a sense of dread, or even foreboding. Weird as it may sound, its contents are simply too mysterious and/or intentionally confounding for that — scale and perspective are pretty well out the window with many of Adams’ drawings, with the one shown above being the perfect example : it’s weird enough to have an active volcano going off in the distance, but just how far a distance are we talking about? I guess that depends on whether or not you think the dog in the foreground is standing on a brick patio or flying on a magic carpet or doing something else altogether. Surrealism is one thing (and it’s one thing we see a lot of here), but this stuff is channeled straight from the id, and if it weren’t for that conceptual tightness I mentioned earlier, I’d be tempted to think that Adams was almost engaged in some kind of “automatic drawing” exercise here. 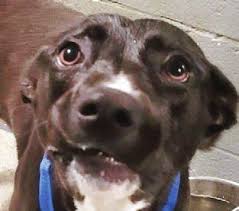 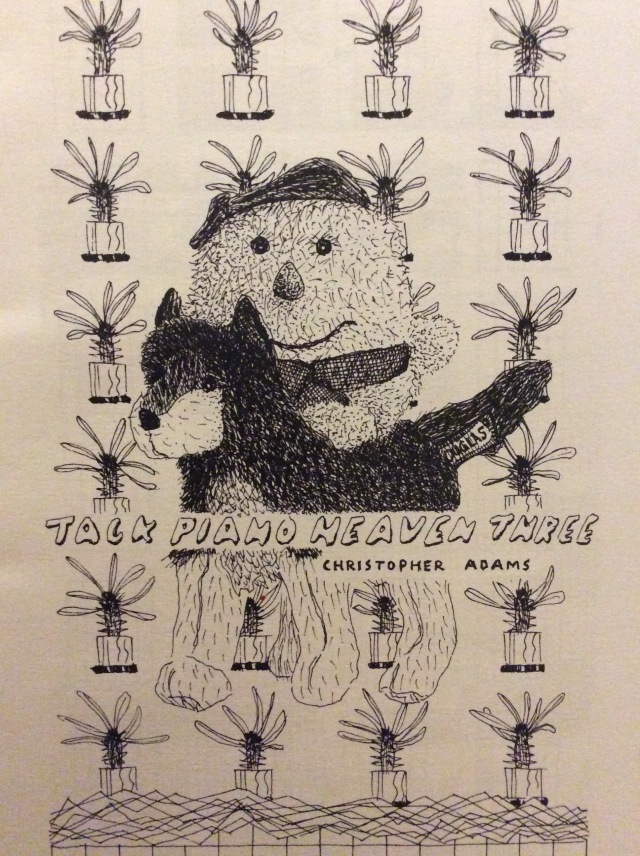 I leave it to Tack Piano Heaven (the latest issue of which is pictured above — I’ll likely review it soon) to be allegorical, dense, and rhythmic. This book feels more like a blunt force instrument, and not in a bad way. There’s as much going on here as you think there is, or as little, and Adams serves it all up with a kind of infectious energy and raw visual zealotry, Whatever it is he means by it all — he definitely means it.

Dog Book is available for $7.00 from Austin English’s Domino Books distro at http://dominobooks.org/dogbook.html 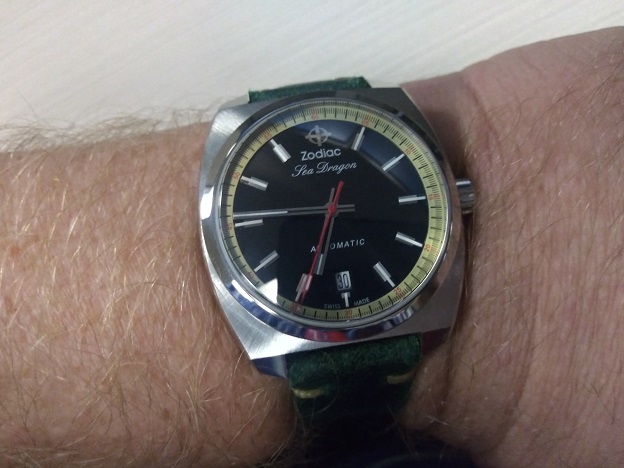 Review wrist check – Zodiac “Sea Dragon Deployant” black dial model, minus the deployant-clasp strap, which I’ve temporarily set aside in favor of this “Vintage Suede” strap in green from Finwatchstraps. Arguably the most comfortable strap I’ve ever worn.