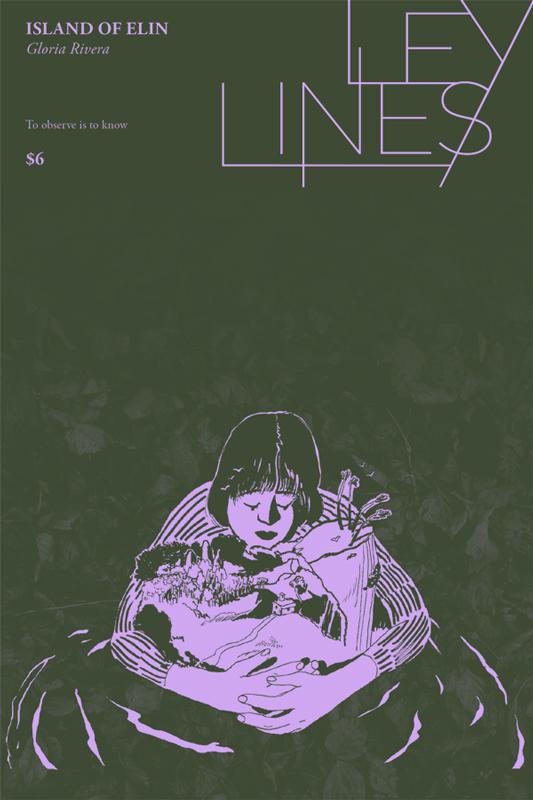 At first glance, issue number 20 of the Czap Books/Grindstone Comics series Ley Lines, Gloria Rivera’s Island Of Elin, is one of the most narratively straight-forward entries into this ever-developing “canon” — I mean, for the most part, it looks and reads very much like a “standard” (whatever that even means anymore) comic book. But don’t let its appearance deceive you — this is every bit as multi-faceted and interpretative a work as we’ve come to expect from these books.

Incorporating, as these things do, a variety of non-comics influences, Rivera — who is a uniquely perceptive and emotive cartoonist, using an economy of lines to communicate a wealth of visual fact and feeling — leans into the works of Jean Audubon, John Muir (especially), and the so-called “Hudson Valley painters” to tell the story of Plover the bird, his friend who’s on their last legs (err — feathers), and naturalist Elin, who’s conscripted by Plover to visually record his compatriot’s de facto deathbed memoir. Bring a tissue, absolutely — but don’t worry, Rivera is not about to resort to cheap sentimentality in order to yank tears out of you here. 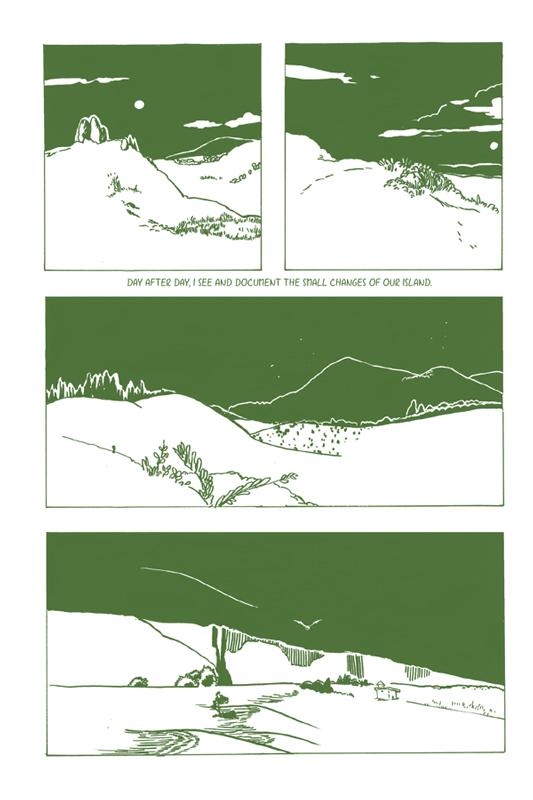 It’s always a tricky bit of business, is it not? To elicit a genuine emotional reaction to a work without relying on manipulation to get it? And yet the success of Rivera’s comic is entirely predicated upon it. Compounding the challenge she’s set for herself is her determination to impart some brief knowledge about the lives and work of Audubon and Muir without leaning into the dry “info-dump” of pure exposition — as well as to cleave to the character and temperament of their conservationist efforts. Whew! No easy task! But one that Rivera is absolutely more than up to. 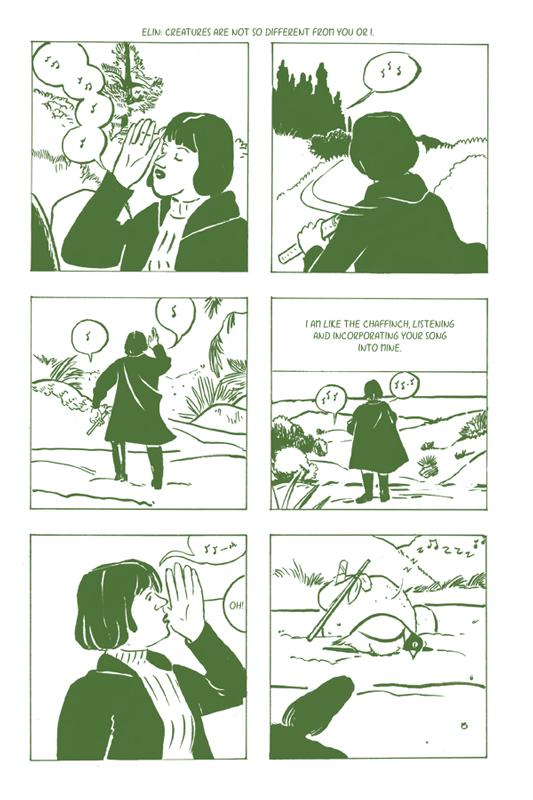 There’s a real gentleness to the pacing and the characterization here, as you would likely expect, but that in no way lessens its ultimate impact — in fact, it sets the stage for it nearly flawlessly. But there’s even more to it than that when viewed in a larger, broader context : we live, after all, in harsh, coarse, combative, and inherently cynical times, and while nature offers reprieve from that, so too does Rivera’s comic. And that, right there, is what strikes me as being the most remarkable thing about it, among many remarkable things to choose from.

Was that her intention? I don’t see how it couldn’t have been, that’s for certain — but then, I didn’t make this book. Nor does it particularly matter whether or not it was in the strictest sense. The fact is that she has created a work that allows for some much-needed time away from the noise, a small series of moments where we’re able to focus on what really matters. That’s worth its weight in gold right there, and it means that this isn’t simply a comic to enjoy, to analyze, to marvel over — it’s one to be downright grateful for.

Trust me, then, when I say that I’m very grateful for it indeed. I’m grateful for its grace, its beauty, its charm, its entirely unforced messaging, its magnificent cartooning, its elegant pacing, its authentic dialogue, its quiet way of making the magical seems everyday and the everyday seem magical. Read it for yourself and I’m quite confident that you’ll be, as well.

Island Of Elin is available for $6.00 from the Ley Lines storenvy site at http://leylines.storenvy.com/products/28388555-island-of-elin-ley-lines-no-20

Also, this review — and all others around these parts — is “brought to you” by my Patreon site, where I serve up exclusive thrice-weekly rants and ramblings on the worlds of comics, films, television, literature, and politics for as little as a dollar a month. Subscribing is the best way to support my continuing work, so I’d be very appreciative indeed if you’d take a moment to check it out by directing your kind attention to https://www.patreon.com/fourcolorapocalypse