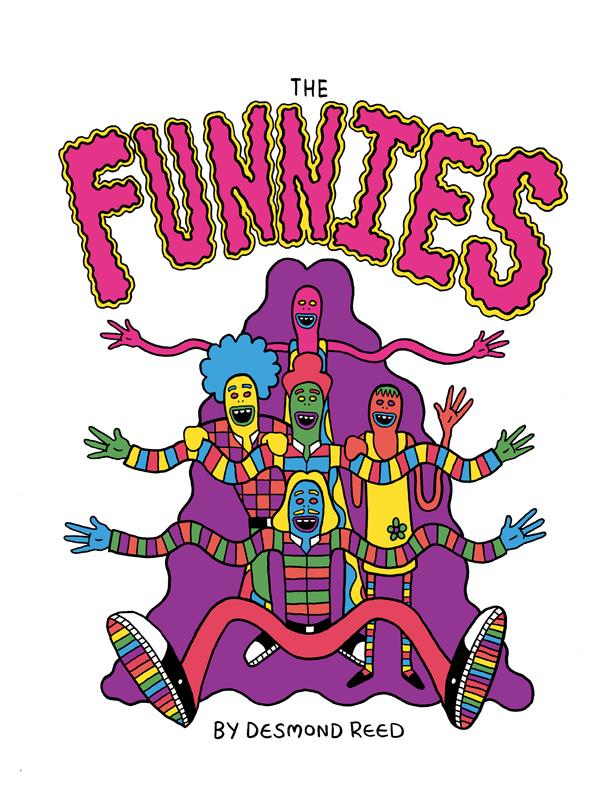 Remember when comics were kinda nuts?

Okay, fair enough, plenty of them still are, but too many are self-consciously nuts, and if there’s one thing we could all do with a bit more of in these trying and uncertain times, it’s comics that are naturally nuts in the truest, and most unforced fashion. Comics that are nuts because they don’t know how to be anything else — and because there’s no real reason for them to be anything else. Meet Desmond Reed’s The Funnies. 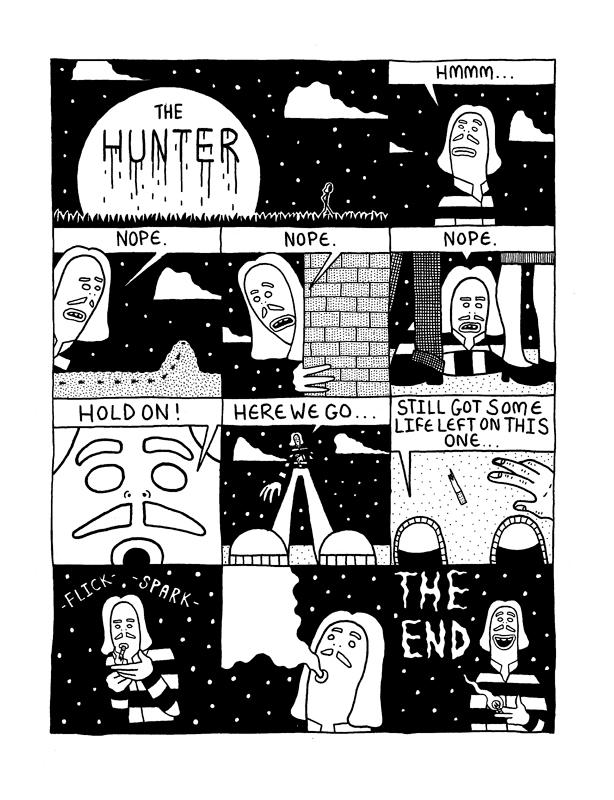 Revolving around a quintet of spaghetti-limbed characters named Ralph Jonathan, Wallace T.J., Henrietta Susan, Gil Christopher, and Mona Gertrude, the vignettes in Reed’s magazine-sized comic are simple, straightforward and, yes, funny, whether they tell “stories” per se or simply function as jokes in and of themselves, and while there’s a stylistic through-line to all of Reed’s art — one that, in fairness, borrows elements from Mark Beyer, Simon Hanselmann, and Peter Bagge — he isn’t afraid to put himself through the paces in terms of transposing his still-developing style into a variety of set-ups, settings, and formal constructs. Everything in this self-published number is “of a piece,” then, sure, but Reed never does the same thing twice over the course of its 40 pages. That’s a smart way to showcase your skills to the comics world, sure, but it’s also refreshing, and gives readers a fairly healthy “sample size” of just what he’s capable of as an artist. 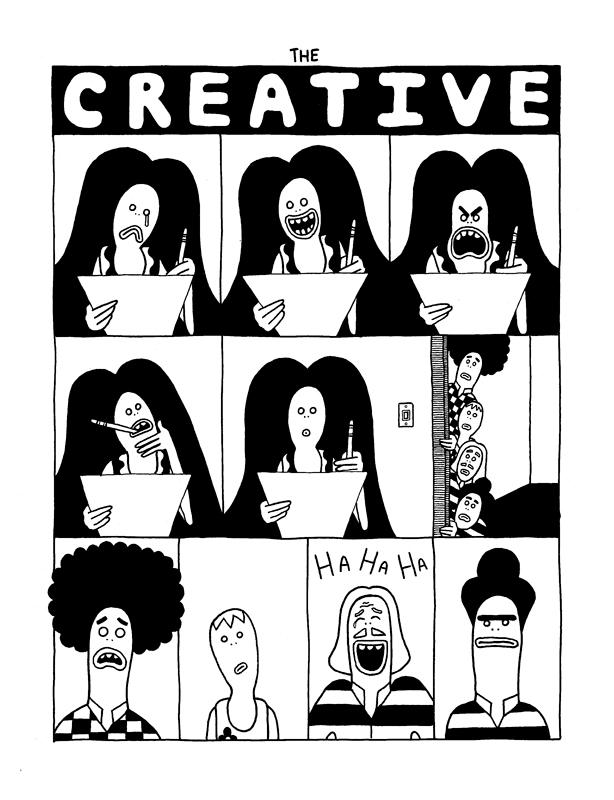 As you may have already guessed, the various and sundry premises Reed hangs his sometimes-skeletal stories over are all fairly everyday, maybe even mundane, but an off-kilter look at shit as basic as drawing or sitting around in front of the TV often proves to be the one of the richest veins of humor a cartoonist can mine, and so it is here : the real world is as absurd as anything one can imagine, after all, Reed just puts the absurdism front and center, rather than hiding it beneath a paper-thin veneer of — I dunno, respectability?

Not there’s anything that isn’t respectable about Reed’s work, or the solid effort he clearly puts into it. His is a voice still finding itself to a certain extent, this ‘zine being a pretty damn radical departure from his earlier (and, for the record, downright delightful) Those Dark New Hampshire Woods, but the amount of thought — to say nothing of the amount of sweat — he poured into all of these strips is obvious at first glance, and speaks to a cartoonist who’s willing to experiment and evolve, as well as to continually hone his craft. It certainly helps, though, that said craft is plenty solid to start with — even if Reed’s characters are, ya know, elastic. 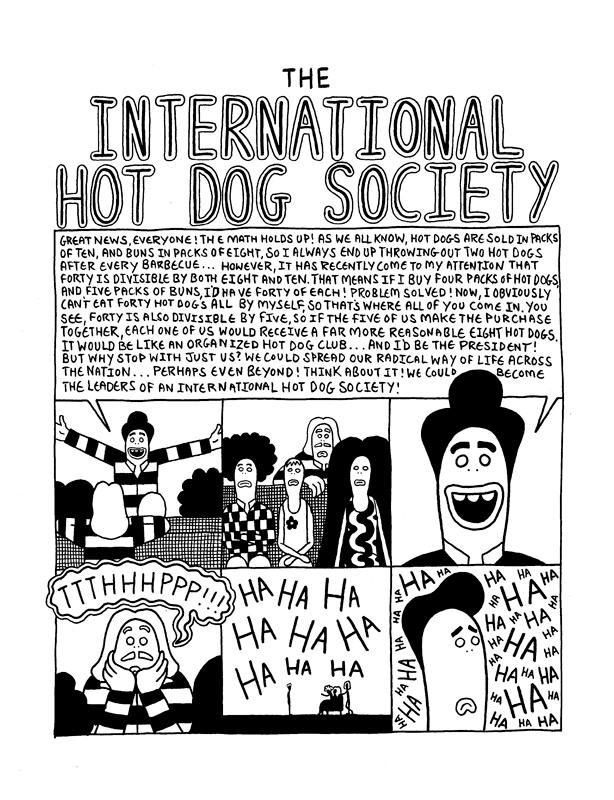 Could you do with a few more laughs in your life? Of course you could. Could you do with some more unpretentious displays of creativity? I’m betting that would be welcome too. And could you do with a surprising and unpredictable look at the kind of “been there, done that” scenarios we’re all familiar with? Then you could do with picking up this comic.

The Funnies is available for $6.00 from Desmond Reed’s Etsy shop at https://www.etsy.com/listing/845626577/the-funnies-by-desmond-reed?ref=shop_home_active_1&frs=1

Also, this review — and all others around these parts — is “brought to you” by my Patreon site, where I serve up exclusive thrice-weekly rants and ramblings on the worlds of comics, films, television, literature, and politics for as little as a dollar a month. Subscribing is the best way to support my continuing work, so I’d be very appreciative if you’d take a moment to give it a look by directing your kind attention to https://www.patreon.com/fourcolorapocalypse